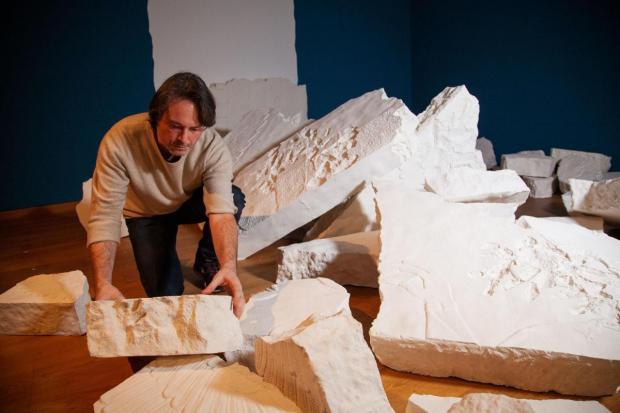 A cultural melting pot in the cradle of civilization, its history stretches back to 401BC.

Astride the Tigris, opposite the ancient Assyrian city of Nineveh, it was a cultural treasure house of mosques and churches containing the tombs of Old Testament prophets. But it is not so much its ancient glories which have fixed it in our consciousness, but the horrors of the past two decades.

It was battered by the Americans after the 2003 invasion, devastated by suicide attacks, then suffered the worse excesses of Islamic extremism, resulting in a Christian exodus before falling into the hands of Islamic State. ISIS or 'Da'esh' left the place a ruin, smashing many of its precious artefacts - not least those in the Mosul Museum where Assyrian sculptures were smashed.

Moved by the destruction, artist Piers Secunda visited the Mosul Museum in 2018, and was given permission by Iraq's Minister of Culture to mould the broken stone surfaces of destroyed treasures from the Assyrian Rooms…

We will process the personal data you have supplied in accordance with our privacy policy (available on request). You can unsubscribe or change your preferences at any time by clicking the link in our emails.